Is Menards Dog Friendly? Are Dogs Allowed In?

Are dogs allowed in Menards? Not anymore. Effective April 1, 2020, due to the Covid-19 outbreak, Wisconsin-based home improvement retailer Menards enacted a ban on pets from entering their stores. Service dogs continue to be allowed inside. How long this ban will remain in effect is not currently clear.

Official Dog Policy for Menards – Is it a dog friendly store?

On April 1, 2020 Menards spokesman Jeff Abbott made the following statement to the press:

“We are no longer able to allow children under the age of 16, nor pets, in any of our stores due to the current health crisis. We absolutely love families but need to lessen the number of people shopping in our stores, and I think it goes without saying that children need to be protected from people.”

I have not found any commentary regarding the no-pets policy enacted in April of 2020, but Menards does provide a complaints board on their site with a section reserved for pets.

The fact that this site is specifically designed for expressing displeasure skews the comments toward the negative, and the site does include some comments from unhappy pet owners whose dogs were apparently denied entry in a store.

However, the site also includes posts from people who agreed dogs should not be allowed inside due to the fact that Menards sells food.

Another post questioned why some people feel the need to bring their pets everywhere. Unfortunately, none of the posts indicate which Menards outlet denied entry. 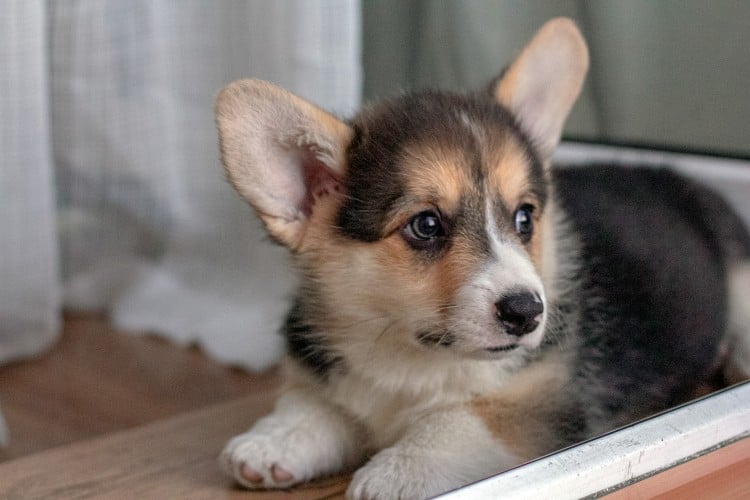 See above. This same complaint board included an undated post from Boots Malone expressing displeasure that she was not allowed to bring her dog inside. She claimed her dog was cleaner and smarter than most Menards employees and that she would take her business to a competitor.

Another complaint was posted under the name “fsutish” on December 24, 2018. In this case, the person claimed to be disabled and in possession of a service dog but was made to feel unwelcome in the store.

A July 23, 2016 post from one Anna Dowd asked why well-behaved dogs were not allowed in stores.

The no pets policy due to Covid-19 issued on April 1, 2020, is across the board and applicable at all Menards retail outlets. However, the fact that Menards had to change its policy to “no longer” allow pets in stores, makes it clear that prior to the pandemic they were allowed at least in some stores.

At the same time, the fact that some shoppers were prohibited from bringing their dogs inside (according to the complaint board) makes clear the policy varied from store to store.

A post on PetLoveThat.com, a site that provides pet product information and reviews, offers a plausible reason for the varying rules from store to store:

Take an example of the incident that happened near San Francisco. An old lady took her dog to the store, and as all pets were allowed in the store, there was a girl with her cat shopping around the store. When the dog saw the cat, it lashed out and became so aggressive and hard to control. In fear, the cat ran from one corner to other, but it was a Pitbull breed which couldn’t be controlled easily.

So, the store’s manager called the Pet Control Squad immediately to handle him. By the time it was caught, lots of good were damaged which was a massive loss for Menards. Thus, Menards entirely banned pets from their store to avoid a similar situation in the near future.

It should be noted that prior to April 1, 2020, there was no official pet policy at Menards that applied to all stores.

Tips For When Going to Menards With A Dog

While the Covid-19 ban on bringing dogs into Menards is still in effect, this may be a good time to work with your dog for better socialization in anticipation of the doors opening up again at some point.

Following a few basics such as making sure your dog has had a meal and has had an opportunity to relieve himself will help keep his behavior in check. Be prepared with dog wipes and poop pick-up bags in case he has an accident. Always keep him on a short leash in any store.

Lastly, assuming Menards stores will one day open up again to four-legged visitors, always check in advance to see if they are allowed in your local Menards store.

There is great hope across the country that as the rollout of the Covid-19 vaccines gathers speed that the public may be able to return to at least a semblance of pre-Covid activities.

It’s hoped that someday when it is asked, are dogs allowed in Menards? The answer will be a resounding YES! However, how this will play in the coming months remains to be seen.

Check out my other posts where I’ve checked to see which stores allow dogs: