The Rhodesian Ridgeback is a fairly large dog and makes a great pet in many ways.

Of course, like many hunting breeds, they have a tendency towards rowdy and territorial behavior.

Many would say that this is part of their unique charm, and it derives from the roots of the breed.

They were often used for hunting lions (although their duties were limited to tracking), so you can’t expect to get a little sissy dog here.

If you own a Rhodesian Ridgeback, you probably know a lot of these things already.

Does The Rhodesian Ridgeback Live In A Cold Environment?

You can usually tell the kind of climate for which a dog is best suited.

You just have to look at both physical features and ancestry. When taken together, these two things do not lie.

When we look at the origins and physicality of the Rhodesian Ridgeback, it is plain that they are not meant for cold weather.

Considering that they came from Southern Africa, that should not surprise anyone. This is a short-haired dog with a sleek and trim build.

None of that indicates a cold-weather dog in any way.

As the name implies, this breed has its origin in a part of Africa called Rhodesia (now called Zimbabwe).

To get an idea of what the dog would be accustomed to, let’s look at the temperature in that country.

As of this moment, it seems to be about 71 degrees Fahrenheit. Bear in mind that it is winter, so their temperatures can actually get a lot hotter than that.

Temperatures in summer tend to reach into the 1980s, and that is when the Ridgeback would undoubtedly be doing its hardest work.

At the same time, we should mention that their home country is not always searingly hot.

Its temperature varies quite a bit from area to area, even though the general trend is warm to hot weather.

For instance, the area known as Manicaland tends to stay pretty cold, with the average temperature being about 25 degrees.

Of course, the Rhodesian Ridgeback isn’t a wild animal, so this doesn’t change a whole lot.

In most cases, these dogs go where their masters go, and there isn’t much reason to visit those cold and remote mountain regions (even for hunters).

Is The Rhodesian Ridgeback Built For The Cold?

Like all of nature’s creatures, the dog has developed certain adaptations that help it to survive in a given environment.

So, let’s take a look at dogs that are intended for cold weather and see what makes them different from the rest.

Before we dive into that, if you’re concerned about your dog being cold, there are plenty of special dog coats you can get to keep your furry friend nice and warm.

There is no doubt that huskies and other polar-weather dogs can withstand cold that would make most creatures drop in their tracks, so let’s see if the Ridgeback has any of those same features.

This works for the same reason that a thicker blanket insulates you better than a thin one. There is just more mass in which the heat can be held.

Because the Rhodesian Ridgeback is a fairly large dog, we can say that it does have this particular adaptation.

These dogs can often reach 75-80 pounds, so that would probably help them in the cold somewhat.

However, it should also be noted that the Ridgeback is not generally a thick and beefy kind of animal.

We aren’t talking about a bulldog here, even if the Ridgeback shares some of their well-known feistiness.

Extra body fat is one of the other adaptations that a dog uses to keep warm in the wild, and the Ridgeback doesn’t tend to have a lot of that.

They are so tall and lean that their build almost resembles that of a greyhound.

When we compare that body type to that of a Husky or a Malamute, we can see that this dog is not built for the cold.

Dogs that are meant to live in the cold will also have a double-layered coat.

That is why such dogs tend to look a lot more “fluffy” than their normal-weather counterparts.

Unfortunately for them, the Ridgeback has only a single coat, which tends to be very sleek. We can safely say that this coat does not provide a lot of insulation against the cold.

In their natural environment, they would have very little need for that.

We can see this double coat particularly well if we look at an Akita, which has a much different type of fur when compared to the Ridgeback.

Dogs that are intended for the cold also tend to have small, upright ears.

There are exceptions, like a Saint Bernard, but most of them will have perky and wolf-like ears.

As you can see from one look at the Rhodesian Ridgeback, they have long and floppy ears.

This is yet another indication that the Rhodesian Ridgeback is not a cold-weather dog.

How Can You Keep Your Dog Warm Outside in Colder Weather?

We like these options. There are lots of styles and sizes available.

Click on any of the images for more information. 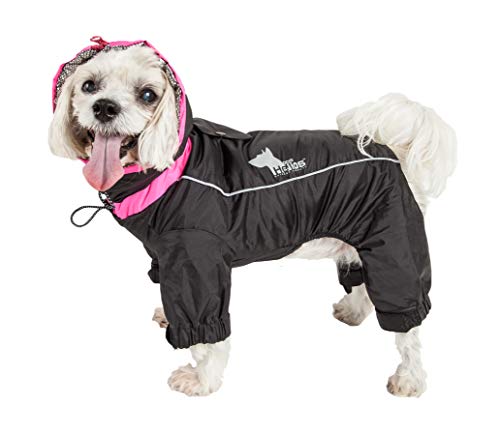 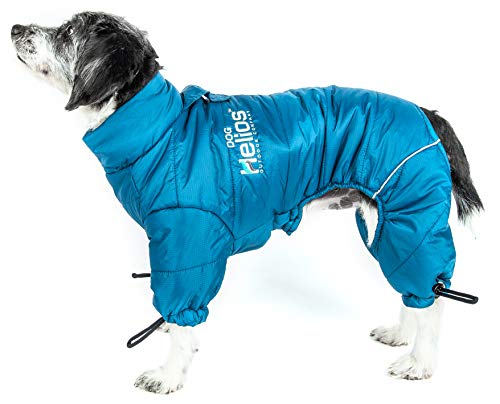 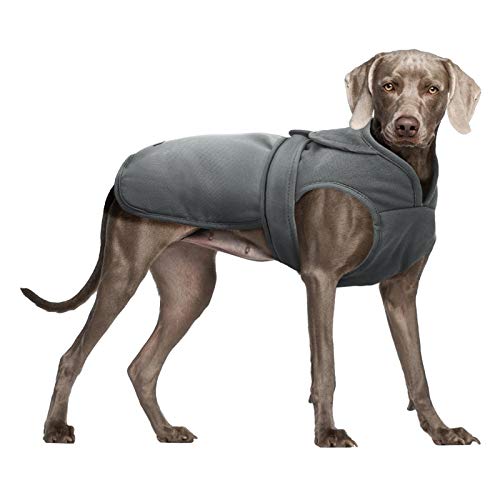 Why Is This Dog Called A “Ridgeback?”

After all this talk about them, you might be wondering why they call this breed a Rhodesian Ridgeback.

After all, they don’t have a bony ridge down their back like a reptile. However, they do have a stripe of hair on their back that faces the opposite direction.

This makes it a very noticeable stripe, even though its color differs little from the rest of the dog.

This quality was inherited from the native Khoi dogs, who were noted for this same feature.

At the end of the day, this is an easy question to answer. Rhodesian Ridgebacks come from an environment that is generally quite hot.

Besides that, they don’t seem to have any of the physical adaptations that would normally allow a dog to survive in the cold.

Nothing about their physicality reminds us of the polar breeds.

As such, they are not likely to be happy in a particularly cold environment.

They don’t necessarily have to be confined to the hot plains of Africa, but they should also be kept out of the cold as much as possible.